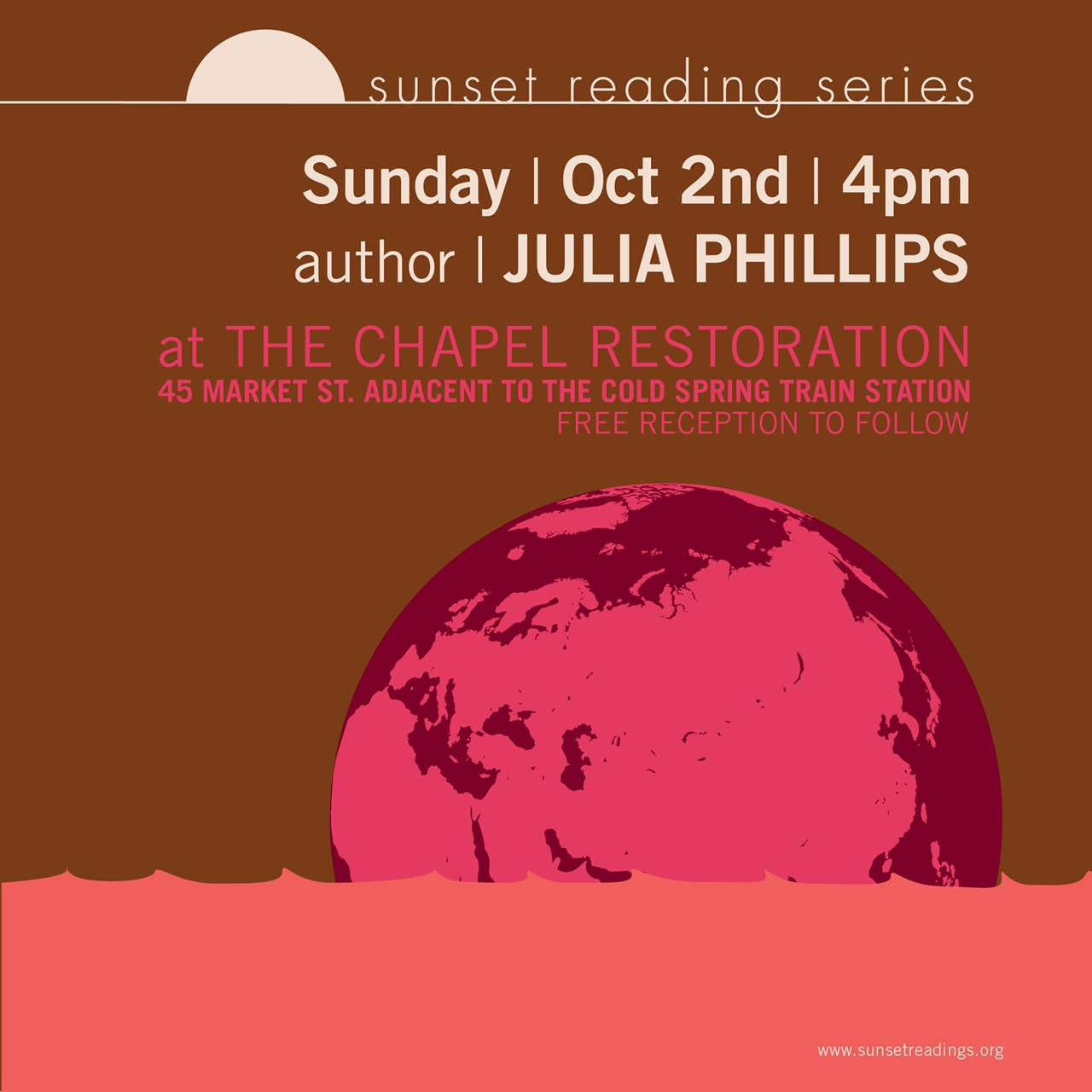 Sunset Reading Series presents novelist Julia Phillips! Her debut novel Disappearing Earth was on the NYTimes 10 Best Books of the Year.
Donations appreciated. Reception to follow on the portico.

“THRILLING…RUMORS AND RIVALRIES, SECRETS AND LIES, ALL ADD UP TO A COMPELLING PORTRAYAL OF A COMMUNITY UNDER SIEGE.”
— PEOPLE

“A crime jump-starts Disappearing Earth; the novel exposes the ways in which the women of Kamchatka are fragmented not only by a kidnapping, but by place and identity . . . Phillips describes the region with a cartographer’s precision and an ethnographer’s clarity, drawing an emblematic cast . . . There will be those eager to designate Disappearing Earth a thriller by focusing on the whodunit rather than what the tragedy reveals about the women in and around it. Phillips’ deep examination of loss and longing is a testament to the novel’s power.”
—Ivy Pochoda, The New York Times Book Review