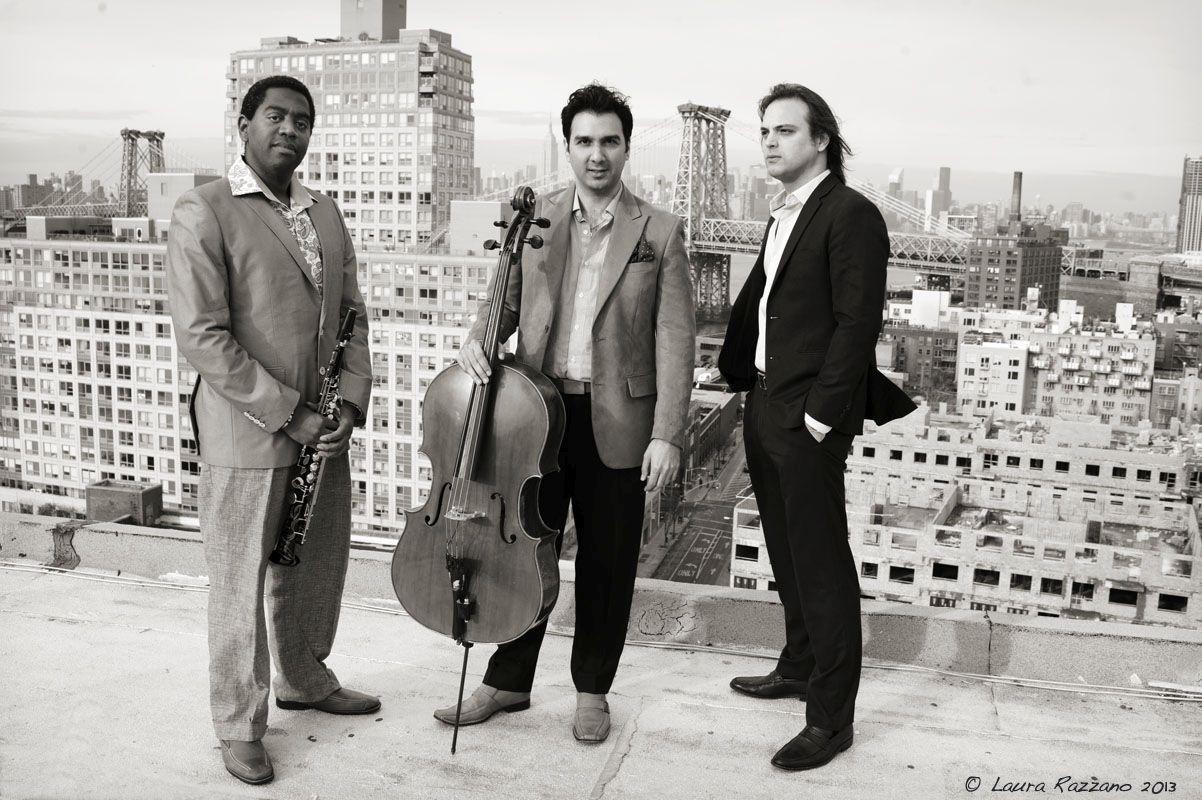 Classical, jazz and world music: the diverse sounds and rhythms of Cuba and the Americas

“Together, these musicians honor heritages that blur more than reinforce borders: the blend of European and African traditions that centuries ago amounted to a New World.”   The Wall Street Journal

The concert in the historic Chapel on the Hudson features Yosvany Terry, saxophone; Yves Dharamraj, cello; and Orlando Alonso, piano; performing their unique melding of music from diverse traditions. The Bohemian Trio was formed in 2013 by the three musicians, who come from different cultural and musical backgrounds, to explore the idea that their blend of traditions would speak to the true voice of the Americas: a cacophony of cultures that, together, forges a new identity that transcends Old World boundaries. With roots in Cuba, France, Trinidad, and the US, the Trio shifts intuitively among classical, jazz, and world music. At the heart of their collaborations are Yosvany Terry’s original works, which are driven by Afro-Cuban rhythms, sweeping classical melodies, and a touch of improvisation; rounded out with commissioned works by contemporary composers and favorites from the classical repertoire.

The members of Bohemian Trio have won international competitions and major awards; have collaborated with celebrated artists including Chucho Valdes, Branford Marsalis, Joshua Bell, and Itzhak Perlman; and perform regularly on five continents in the world’s most renowned halls. The Trio promises to provide an afternoon of memorable music. The concert is free and open to all. Donations are suggested. Proof of vaccination and masks required.

The Chapel Restoration is located at 45 Market Street, directly across from the Metro-North Train Station, where parking is free on Sundays. This concert is made possible, in part, through a grant from the Putnam Arts Council’s Arts Link Grant Program with public funds from NYS Council on the Arts, with support from the Governor’s Office and the NYS Legislature and Putnam County, and with contributions from the public.