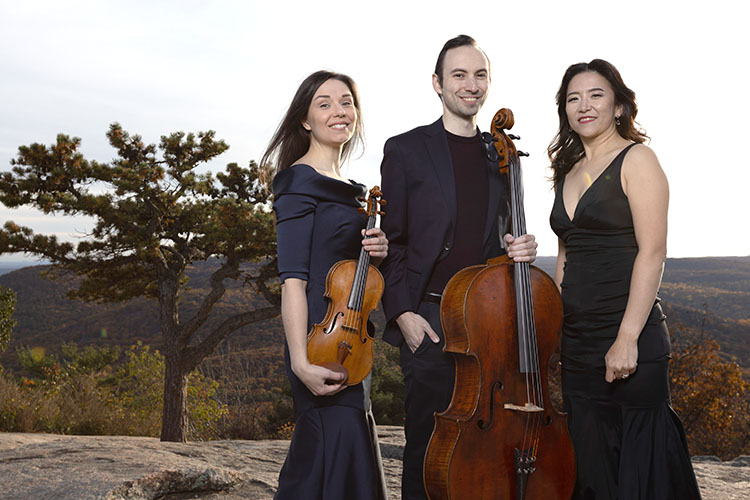 New York based violinist and pedagogue Amy Schroeder is a founding member of the GRAMMY award winning Attacca Quartet and has been hailed by the Washington Post as ‘an impressive artist whose playing combines imagination and virtuosity.’ She has soloed with orchestras including the Buffalo Philharmonic, the Amherst Symphony, the Clarence Symphony, the Hilton Head Symphony, and the Greater Buffalo Youth Orchestra.  As a founding member of the internationally acclaimed Attacca Quartet, Ms. Schroeder has soloed with the Spanish National Orchestra with composer John Adams conducting, and the Cabrillo Festival Orchestra with Marin Alsop conducting. Since its inception the Attacca Quartet has won an array of awards including the grand prize in the Osaka International String Quartet Competition, the National Federation of Music Clubs Centennial Chamber Music Award, the Arthur Foote Award from the Harvard Musical Association, and the Lotos Prize in the Arts from the Stecher and Horowitz Foundation. The quartet has also held prestigious residencies including one at the Metropolitan Museum of Art, and currently at Texas State University in San Marcos.  With the Attacca Quartet Ms. Schroeder can be heard on several critically acclaimed recordings produced by Azica Records: “Fellow Traveler” the complete works of John Adams, Haydn: “Seven Last Words,”  “Songlines,” works of Michael Ippolito, and most recently on Nonesuch/New Amsterdam Records the GRAMMY award winning album, Shaw/Attacca Quartet ‘Orange.’ In 2016 the Quartet completed a six year project in which they performed all 68 of Haydn’s String Quartets.

Ms. Schroeder is proud to serve as music faculty member at Vassar College.  She also recently formed the Schroeder Umansky Duo with her husband Felix Umansky, internationally celebrated cellist and member of the Harlem Quartet. In 2002 she was the recipient of the Henrietta and Albert J. Ziegle Jr. Scholarship, which provided the tuition for her studies at Juilliard where she was a student of Sally Thomas and the Juilliard String Quartet. Growing up in Buffalo, NY Ms. Schroeder began her violin studies with Karen Campbell and Thomas Halpin. She currently plays on two different violins, a Fernando Gagliano made in 1771 on loan to her from the Five Partners Foundation, and a violin made by Nathan Slobodkin in 2012.  In New York Ms. Schroeder teaches violin and piano to students of all ages, and in her spare time she enjoys composing, traveling with her husband, and scuba diving.

Praised for his “sublime” playing by Cleveland Classical, cellist Felix Umansky is a frequently sought-after recitalist and pedagogue. His versatile career has taken him all over Europe as well as North and South America where he has performed in some of the most prestigious concert halls including Carnegie Hall, the Metropolitan Museum of Art, Lincoln Center,  and the Kennedy Center.

One of Mr. Umansky’s missions as a performer is to bring a wide range of music to as many people as possible. He has been seen and heard playing everything from Bach to works written in the 21st Century in venues ranging from jazz clubs to 8th century abbeys to 1500-seat concert halls.  An avid supporter of contemporary music, Mr. Umansky has performed and premiered works by numerous living composers such as William Bolcom, John Corigliano, Kelly-Marie Murphy, Vivian Fung, Chen Yi, Osvaldo Golijov, Gabriela Lena Frank, and Chick Corea, among many others.

Currently a visiting artist-in-residence at the Royal College of Music in London, Mr. Umansky has also previously held similar appointments at Yale University and the Caramoor Center for Music and the Arts, and he has given masterclasses at universities and conservatories around the world. He has also performed and taught at many of the premier summer festivals in the USA. Mr. Umansky holds Bachelors and Masters degrees from the Cleveland Institute of Music and an Artist Diploma from Yale University.

Mr. Umansky is the newest member of the Harlem Quartet, having joined the ensemble in 2015. Prior to this, he spent six seasons as a founding member of the award-winning Linden String Quartet. He also currently performs in the Schroeder-Umansky Duo with his wife, violinist Amy Schroeder. In their spare time, they enjoy traveling the world and going on snorkeling and diving adventures.

Pianist Yalin Chi made her début with the Central Opera Orchestra before moving to the United States to study at Interlochen Arts Academy. Yalin has performed at venues including Alice Tully Hall, Weill Recital Hall at Carnegie Hall, Kumho Art Hall in Seoul, Korea, and ZhongShan Music Hall in Beijing China. Her solo recital was selected by the Poughkeepsie Journal as one of the weekend top picks, and Leslie Gerber of the Woodstock Times described her recital in the Saugerties Pro Musica concert series as “flowing and masterful,” with “gorgeous tonal coloring.”

Yalin has worked with musicians around the world, including principal trombonist of the New York Philharmonic Joseph Alessi, principal trumpet of the London Symphony Orchestra Philip Cobb, clarinetist Alexander Fiterstein, and concertmaster of the Seoul Symphony Orchestra Wayne Lin. As an orchestral musician, she regularly performs with Albany Symphony, New Jersey Festival Orchestra, and has held the principal keyboard position at the Hudson Valley Philharmonic since 2014.

Yalin studied with Seymour Lipkin and Jerome Lowenthal at the Juilliard School where she earned both undergraduate and masters of music degrees, and continued studies with Peter Frankl at Yale School of Music before joining the West Point Band in 2008.