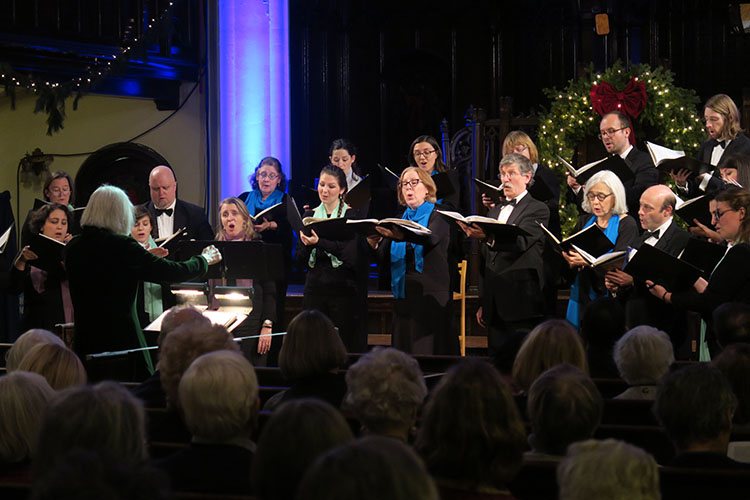 Abbie Betinis – Carol of the Stranger

Rosephanye Powell – Be Glad in the Lord

Rosephanye Powell – To Sit and Dream

Rosephanye Powell – Wait on the Lord

Alice Parker (arr.) – You Can Tell the World

Founded in 1966, the New Amsterdam Singers is a critically acclaimed chorus of 50+ voices under the direction of Clara Longstreth. Through adventurous programs, commissions and premieres, and collaborations with other ensembles, the group nurtures and expands New York City’s dynamic choral community.

The chorus inspires and educates listeners by performing a diverse and extended repertoire combining traditional choral gems with new and lesser-known works, many of them a cappella. The New York Times has said that Ms. Longstreth “has a strong track record of championing contemporary music” and that “the choir’s performances have always been spirited and finely polished.”

NAS has performed in several of New York City’s most prestigious venues, including Avery Fisher Hall, Alice Tully Hall, and Carnegie Hall. The smaller Chamber Chorus performs alongside the full chorus and has accompanied the chorus to a multitude of international performances in Bulgaria, Iceland, Greece, and more.