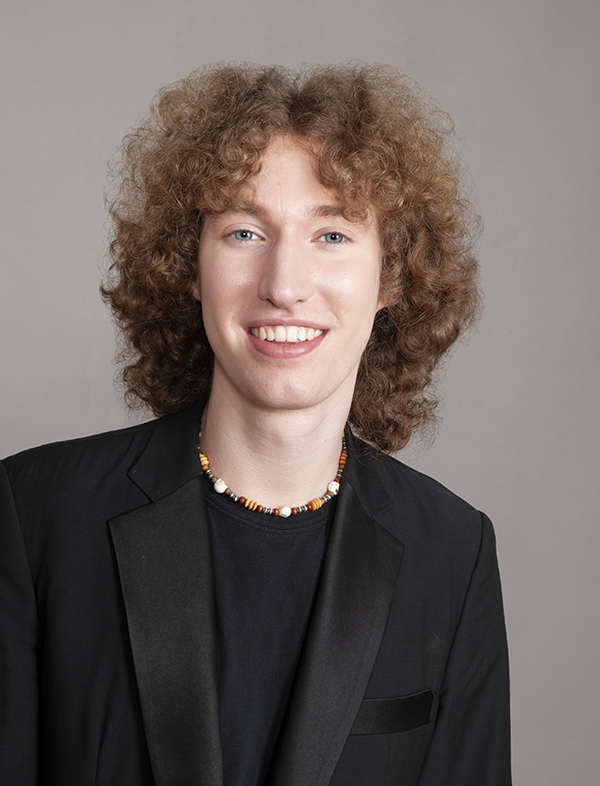 Michael started piano lessons at age five at the Greenwich House Music School, and continued piano studies with Efrem Briskin at the Manhattan School of Music. Michael completed his Bachelor of Music degree under the guidance of Robert McDonald, also with mentor and teacher Ford Mylius Lallerstedt at the Curtis Institute of Music, and his Master of Music degree at the Juilliard School with renowned pianists Jerome Lowenthal and Stephen Hough. Presently, Michael is pursuing an Artist Diploma studying with renowned pianist Stanislav Ioudenich at the International Center for Music (ICM), Kansas City, MO.

Prodigiously gifted from early childhood, in his pre-college studies at the Manhattan School of Music, Michael won First Place in the Pre-college Concerto Competition in all three age categories: first at age ten, then at twelve, and again at age sixteen. At age thirteen, he was chosen by Lang Lang’s management to perform in the 2010 Lang Lang masterclass at Manhattan School of Music; his rendition of Liszt’s Hungarian Rhapsody No. 10 was warmly praised by Lang Lang: “You play beautifully and are technically brilliant!”

An exceptional presence on the concert stage, Michael has repeatedly earned glowing reviews in the press: “The American Michael Davidman, 25, sets the bar high with a program focused on the spectacular and the atmospheric, impressing the public…his chiseled and fiery playing tends to extremes, breathtaking and flamboyant, continues with Rachmaninov’s 2nd sonata, which gives pride of place to the explosive touch of the pianist to the delight of an audience enthusiastic”; 2022 Long-

Thibaud Competition, semifinals, (Pianiste, by Melissa Khong); “2021 American Pianists Awards concerto round: Piano Concerto No. 1 in E flat Major, S.124…the excitement of the “Allegro Marziale animato” was introduced with masterly suspense, and the thrills of that finale seemed truly earned by the “intense sensitivity” the pianist had displayed previously…this was not adventitious excitement applied out of nowhere; it had been present, thanks to Davidman’s acuity and interpretive élan, from the start…all told, this was one of the best concerto performances I’ve heard in recent years, (Upstage – Indianapolis, IN – Jay Harvey, June 27, 2021); “The standout twenty year-old Michael Davidman … a talent to watch. His account of Rachmaninoff’s complex and quirky sonata … was electrifying for its sweeping yet refined sentimentality and pyrotechnical prowess of which he tossed off fiendishly difficult passagework with great finesse – and a few gasps were even heard from the spellbound audience.” (The Classical Music Journal); “He performed the final movement so magnificently … it brought the audience to its feet with wild applause.” (Peninsula Reviews, Mozart Piano Concerto No. 21); Monterey Symphony); “a high level of playing … the incredible facility of pianist Michael Davidman.” (Philadelphia Enquirer Daily News, Kimmel Center Curtis Symphony performance of Ravel’s opera L’enfant et les Sortilèges).

An opera enthusiast from a very young age, Michael delights in uploading historical and rare opera recordings to his YouTube channel called PucciniMD and in accompanying opera singers on special occasions on “opera night” at a New York City restaurant.