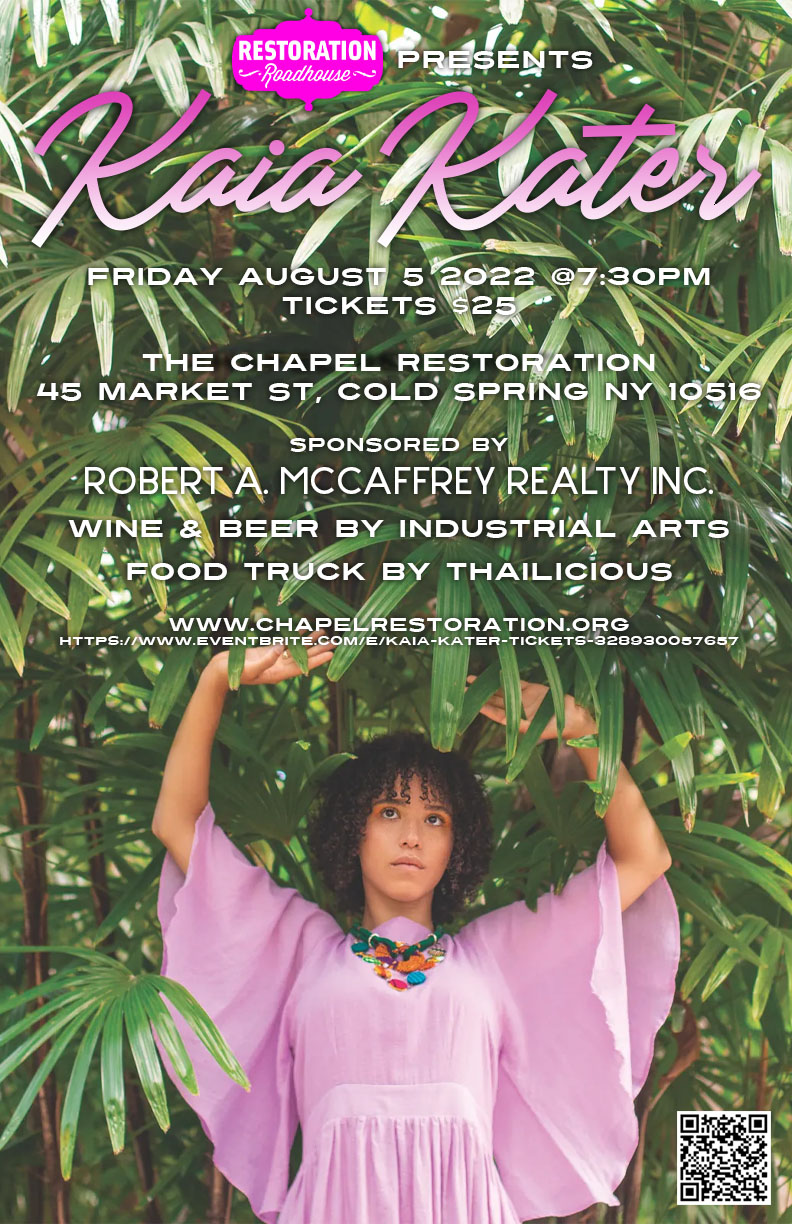 Music by the amazing Kaia Kater, Beer by Industrial Arts, Food by Thailicious Food Truck all with a view of the Hudson River.

“…plaintive, mesmerizing … writes and performs with the skill of a folk-circuit veteran…”
— Rolling Stone

A Montreal-born Grenadian-Canadian, Kaia Kater grew up between two worlds: her family’s deep ties to folk music and the years she spent soaking up Appalachian music in West Virginia. Her old-time banjo-picking skills, deft arrangements, and songwriting abilities have landed her in the spotlight in North America and the UK, garnering critical acclaim from outlets such as NPR, CBC Radio, Rolling Stone, BBC Music, and No Depression