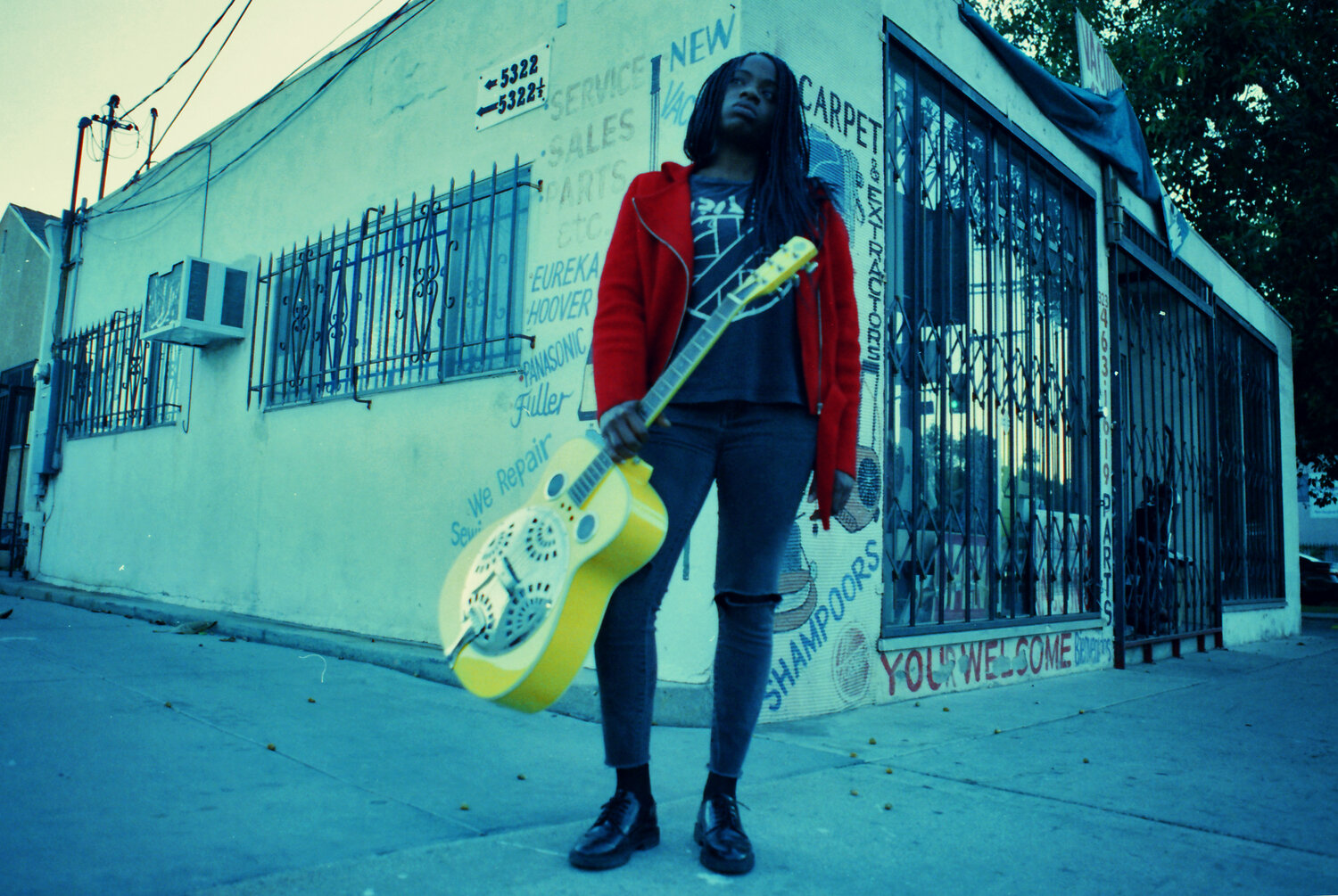 Sunny War live at The Chapel Restoration with a view of the Hudson River, local beer by Industrial Arts and a food truck on site.

“…her right thumb plunks the bass part while her forefinger upstrokes notes and chords, leaving the other three fingers unused. A banjo technique, it’s also used by acoustic blues guitarists. Her fingers are long and strong – Robert Johnson hands – in jarring contrast to the waif they’re attached to. The walking bass line sounds like a hammer striking piano keys in perfect meter, while the fills are dynamic flurries – like cluster bombs. I haven’t heard a young guitarist this dexterous and ass-kicking in eons.” – Michael Simmons, L.A Weekly

Speaking with Sunny War, her mind roves endlessly, jumping between topics, spilling out rapid fire thoughts like her wildly inventive guitar playing. The pandemic has driven many away from their creative centers, but Sunny’s been uncommonly busy. She founded a Los Angeles chapter of the nonprofit Food Not Bombs and put together a network of volunteers to distribute vegan food to the homeless. She marched for BLM in protest against police brutality and found time to cut a new album at her favorite spot, Hen House Studios in Venice Beach. Sunny’s last album brought her universal praise and a powerful Tiny Desk performance at NPR. You’d think that the next album would bring a whole suite of expectations, but Sunny shrugged these off easily. She’s motivated less by what others expect and more by her own inner muse, and she’s surrounded herself with an artistic group of friends who are constantly writing, recording, and playing music