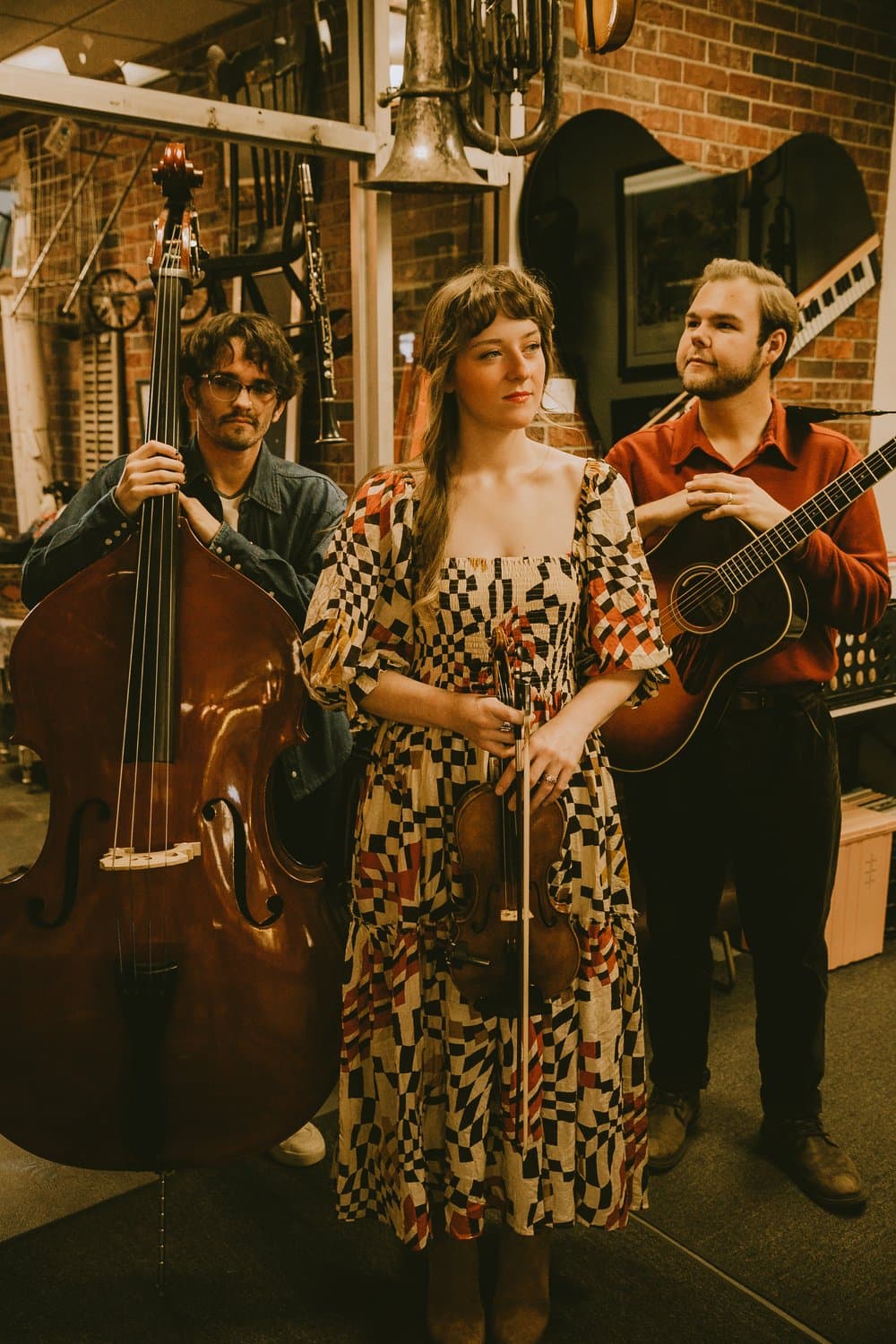 The Wildwoods are an enchanting Folk/Americana trio based in Lincoln, Nebraska, whose flowing songwriting tandem has been praised by Paste Magazine as “focused and charmingly human”. The Wildwoods’ delicate melodies and descriptive lyrics come from nature, love, experiences from the road, and growing up in Nebraska.

The band released their debut album, Sweet Nostalgia, followed by a duo EP, Birdie & Goose, in 2017, and quickly established themselves as a creative, harmonious, and instrumental force in their local music scene. Since then, The Wildwoods have released another full-length record, Across A Midwest Sky (2019), as well as a handful of singles, Little Home (2020) and Like My Old Man (2021), and have supported touring acts such as Elephant Revival, Arts Fishing Club, The Accidentals, The Way Down Wanderers, and Jamie Wyatt.

Along with performing several Sofar concerts in cities such as London, Brooklyn, and St. Louis, as well as a European tour in 2019, the group has performed at several festivals including: Summerfest, The Nebraska Folk and Roots Festival, Wakarusa, and the Flatwater Music Festival.

In 2016, 2017, 2018, and 2021 The Wildwoods were nominated by the Omaha Arts and Entertainment Awards as a top Americana/Folk artist in Nebraska, and in 2022 they were named “Best Band” by the Lincoln Journal Star’s ‘Lincoln’s Choice Awards’. The group’s musical momentum continues into 2022 with their latest single release, Thirteen Sailboats, in anticipation for the release of their new full-length LP, Foxfield St. John, scheduled for release in February of 2023.

Comprised of husband and wife team Noah (guitar) and Chloe Gose (violin), as well as Andrew Vaggalis (bass), The Wildwoods draw inspiration from a wide range of influences including the styles of: Watchhouse, The Decemberists, Gillian Welch & David Rawlings, Peter, Paul, & Mary, Nickel Creek, Joni Mitchell, and Gregory Alan Isakov. The folk/Americana trio work to harmoniously and delicately blend their voices to create a sound so nostalgic that you may find yourself dreaming and longing for those sweet memories from your former days.